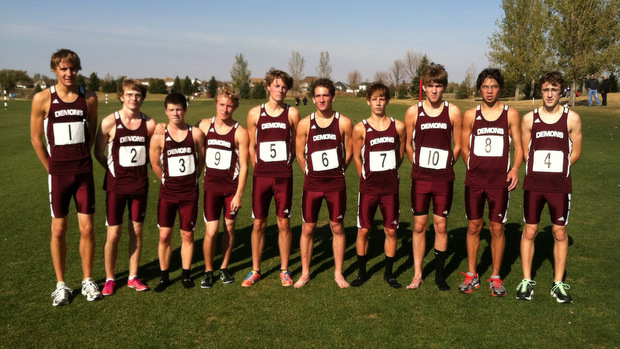 Rose Creek Golf Course, Fargo, ND - The US#3 boys squad from Bismarck, ND won their 7th straight Class A state title with an impressive dominance that surpassed their previous efforts.  Bismarck set their lowest winning score to 17 points, and lowered the winning average to a stunning 15:43!  The 2011 squad posted a 1-5 spread of 59 seconds, which collapsed to an amazing 13 seconds for the 2-5 runners.

Coach Darrell Anderson had this to say after the race, "It was a great effort.  I can tell one thing, there's no more hay left in the barn".  Coach Dave Zittleman added, "They came to race and that they did".

In the girls Class A race Davies defeated Bismarck 47 to 75 for their 2nd straight team title.  Davies put 3 in the top-5 overall to help secure their victory.  Senior Tarin Lachowitzer led the Davies charge with her winning time of 14:16.70 over the 4k layout for her 3rd straight victory.  Allison Allmer (Jamestown) was 2nd in 14:19.40.

In boys Class B action Ken Wells (Parshall) dominated with a winning time of 16:12.7.  Rugby won the team crown with 114 points over New Town, who registered 129 points.

Photos from the meet 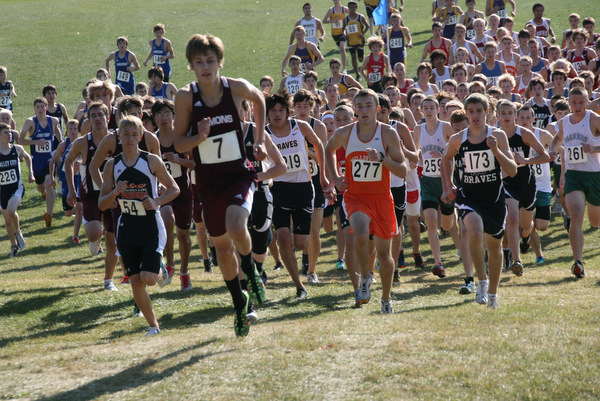 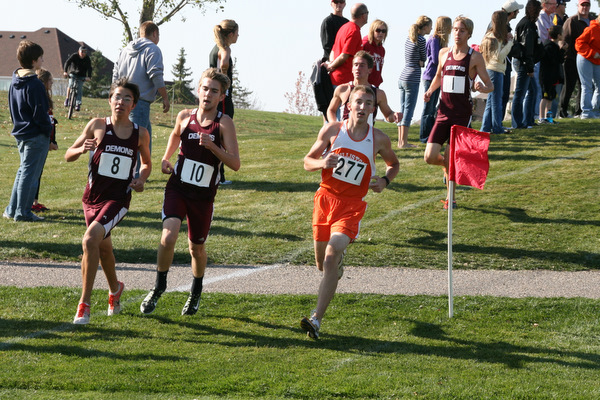 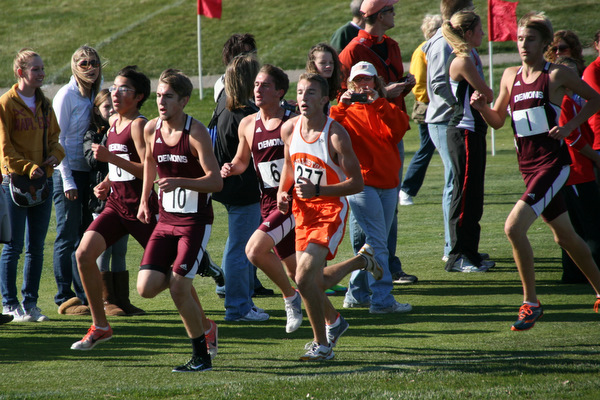